Investing in the future: AES Group develops the most difficult and promising industries of Ukraine

During its existence, Kharkiv investment company AES Group has given a new life to many old enterprises in different industries and launched the domestic market of Ukraine: creating new jobs and replenishing the state and local budgets. Next year the enterprises of the investment company plan to pay about 5 billion hryvnias of taxes.

The whole philosophy of the company is based on the principle: a system business – a strong state. That is why AES Group invests in the most promising sectors and important areas in our country: from the research center “Ukrnaftokhim” to the creation of the first private refinery, which will process exclusively Ukrainian oil.

The law of conservation of energy.

So far, 70% of petroleum products are imported to Ukraine, primarily from Russia and Belarus. Ukraine has almost no gasoline of its own, because five out of six refineries do not work, and the sixth is in an emergency condition. However, AES Group president Konstantin Valeulin is sure the country can meet its needs by developing its own energy resources and even more – by exporting them to the European market

Launch of the Ukrainian Petroleum refinery will be a big step in development of petrochemical industry and the country’s economy in general. It will have a positive impact on refinery – says Konstantin Valeulin.

At the end of November 2021 a unit to produce hydrogen from water by electrolysis method arrived at the refinery. It will produce 99.9% chemical benzene, food-grade n-hexane, petrochemicals and m-100 fuel oil.

The plant is equipped with equipment and technology of the latest world trends, which allow to produce high quality products for petrochemical industry.

It is especially important that the refinery will work with Ukrainian producers located in Kharkiv, Poltava and Sumy regions and refine exclusively Ukrainian oil.

Work with Ukrainian companies will reduce the cost of the final product and will reduce import of energy, which will stop the outflow of funds from the country, says the president of AES Group.

Ukrainian Petroleum is the first major private refinery in our country. According to Mr. Valeulin, the budget of the project amounts to $200mn and there are no outside investments. To ensure the consistency of construction work and maintain the pace of modernization, the investment company opened a credit line with FUIB bank. Next year the refinery plans to pay UAH 2 bn of taxes to the state budget.

I want young people to find perspective work in the home country and not go abroad. In addition, the Ukrainian consumer will have a domestic product of high quality at a more affordable price,” Mr. Valeulin said.

AES Group has its own research center “Ukrneftehim”, which will work for both internal and external customers. The laboratory is equipped with modern equipment of the world’s leading manufacturers. With its help, it is possible to determine compliance of a sample with the declared composition and current normative and technical documents.

Ukrneftekhim Center will conduct physical and chemical analyses of oil products and all types of fuel: liquefied hydrocarbon gas, motor and process gasoline, alternative and diesel fuel, fuel oil – explains the president of the investment company.

AES Group includes the UkrSpecSpirt concern. In 2020 and 2021 it privatized two distilleries – Artemovsky and Karavansky, investments in modernization of which are already more than $10 million. The company uses high-tech equipment and radically changed the concept of the enterprises. All this will allow the distilleries to improve the quality of the finished products, reduce production costs and overall production costs.

Karavansky plant is monitoring the material balance, technological miscalculation and optimization of the production processes. And commissioning works have already been completed at Artemovsky plant.

Modernization will allow to increase volumes, improve quality of production and establish full production cycle. And large-scale restart of alcohol industry will ensure economic growth thanks to the development of Ukrainian companies and reduce imports. Next year UkrSpecSpirt is expected to add more than 3 billion hryvnias to the state treasury,” says Konstantin Valeulin.

Another focus of the AES Group is the development of renewable energy sources to gradually replace traditional generation. As of today, the company’s “green” portfolio is 10.1 MW. Specifically – solar power plants located in Kharkiv region with a capacity of 3.9 MW, 2.2 MW, 4 MW and the plan to build another one, more powerful, 8 MW.

In 2020, the solar plants added 3.5 million UAH to the state and local budgets. “Green” activities of AES Group fully comply with the Energy Strategy of Ukraine.

In addition to the development of industry in Ukraine AES Group invests in social projects. One of them is the Kharkiv soccer club “Metalist 1925”, which the company acquired in 2020.

In 2016, after the collapse of the legendary Kharkiv club “Metalist” with almost a century of history, the city was actually left without a team and football. For the restoration of football traditions then fans took over, who at their own expense helped to create a new club – “Metalist 1925”.

The young and promising team has clearly established itself on the football map of the country. And after increasing funding from the new owners already in season 2020-2021 “Metalist 1925” joined the Ukrainian Premier League, where they show good soccer. Thus, the investment group creates all the conditions for the players to have a base for training and worthily represent Kharkiv in the stadiums of the country.

I believe that our state has everything necessary for its own development, and it is Ukrainian business that has the opportunity to take the country to a fundamentally new level. Our goal is to unite businesses whose quality products will be used by every Ukrainian. And globally – to contribute to the stable economic and industrial future of Ukraine. Our priorities include support of export and creation of free competition at the domestic market, – sums up Konstantin Valeulin.

The current program of the President’s Office is also aimed at support and development of the domestic production. It enables to invest into the modernization of the production, modern technologies, and create new competitive domestic products. When the authorities, business and the society have a common vision, the country develops. And with it the well-being and quality of life of each of its citizens improves. 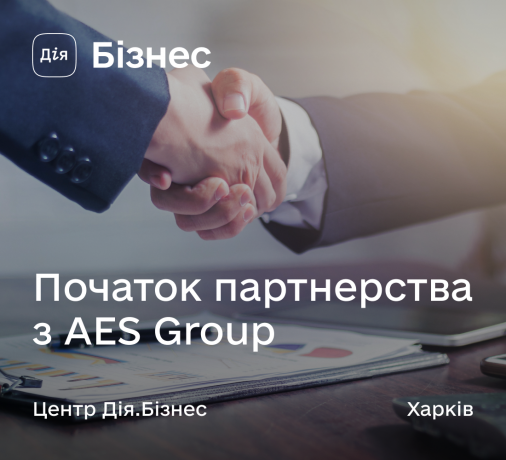